Getting fit with Wii Fit: Month 6

Ach ja, half a year ago, I came to the conclusion that I need to get (Wii) fit and apparently I am still here and kicking. This post will be my third retrospective, for the first two see the respective Wii Fit Tag.

Unlike last time, there were (unfortunately) not a lot of actual and positive changes. For the most part, my routine settled down to just jogging the 30 minutes down and I eventually completely lost my enthusiasm for everything else. The in-game stepping is fun, but even the minimal overhead of time made it less attractive to consistently pursue it every single day, so I settled with the “Free Steps” outside the game, though I eventually stopped that too. No particular reason as to why, I mean I still have enough long-form content in my YouTube watchlist, but I just stopped.

I also didn’t pursue any of my planned dives into Yoga and similar activities. Not that I am uninterested, but I just didn’t take care of it. There is also the matter of time. Between my last update and this post, I was in the middle of my internship. This not only meant less time in general, but also at what times I could train. If I am done with work at 17:30, there is only a “relatively” small time frame for the amount of sport I want to do, if I also want to maybe take care of other real-life stuff and eat at 19:00 before spending the time after that doing something else (Mostly playing WoT).

My internship also changed the times I weighted myself, so some fluctuations in the results, especially over the weekends, are to be expected. I eventually came to the genius realization that I can weigh myself at a different time I actually train, but let’s not talk about my lack of thinking here.

On the technical side, I guess it is worth mentioning that I fried my Bluetooth device after forcefully shutting down my PC this one time. This is also the reason why there is a three day gap in my data. I received a Bluetooth stick from a friend, so I can still connect the Wii hardware to the computer, however there is a downside: I am now only limited to a single device connected via Bluetooth, meaning that while the Balanceboard is linked, I have to navigate all the menus, etc via keyboard and mouse. This also means that, unless I switch the slot for the Balanceboard with the Wiimote, I am unable to track my distance while jogging. “Oh no”, they screamed in a sarcastic way. The narrator chuckled. In the end, with the exception of the daily tests, I more or less abandoned Wii Fit completely. I know this series is called “Getting fit with Wii Fit”, but the point was never to be about Wii Fit. It served its job of motivating me way better than anticipated and I am satisfied with putting it to an end on a good note. Rest in Piece next to all my other Wii games.

Feed us the numbers, Hansi! Feed us!

Yeah… not sure what exactly happened. My progress essentially came down to a halt, until around a month ago I lost more weight again, only for it to halt yet another time. This chart makes no sense, but I lik the spike in the middle of it where the Balanceboard completely messed up… two days in a row.

Next up are the results since when I started:

In the middle of january, I was at around 120Kg. My goal was to lose 20Kg. In hindsight, this was a perfect example of my hubris and utter over-confidence in action. I would obviously start losing less weight at some point and while even in month three the line went down somewhat linearly, you can clearly see the more logarithmic progression of the line. However, with 103.9Kg, I didn’t even miss the mark completely (Lowest weight was 102.7Kg). I can be proud of these results.

Next up is my balance. Starting in january, I thought my balance was fine, though self-perception is a tricky thing and a more professional measurement I took confirmed that my balance was shifted towards my right, averaging at around 47%/53%. Surprisingly, Wii Fit basically told me the same. I mean, the Balanceboard is essentially two scales for that very reason.

I am surprised how my balance actually shifted towards the middle. Part of it is definitely due to my conscious adjustments of balance when taking my weight, though I suppose regular physical activity does at least do something, especially compared to sitting all day long as if I don’t even know how to actually sit properly.

In my first post, I noted that I would like to fit into my jeans again and… *Drum roll* I fucking do! On one hand, this is good for my self image, of course, but most importantly, I am now able to take part in more formal events again. To be honest, I kinda lucked out that I didn’t need to wear jeans for over two years now, so yeah… it is jeans time again (Only if I am literally forced to).

In the last post, I entertained the idea of taking a picture every single day to track my progress in an additional way – How I look that is. Well, I didn’t follow up on it, since I was already three months into my journey, but I compared my on-screen appearances of my last two videos (I don’t take selfies, so this is the next best thing) and damn… even ignoring the more flattering perspective, one looks way better than the other.

Honestly, when I noticed it, I was genuinely happy. Like, this is exactly why I started this whole escapade. Remember, I am that superficial. I was even asked if I lost weight on two separate occasions. Of course, I played it off very smooth with a “Yeah, I guess”, as if it didn’t matter, but on the inside, I was like a little child kicking its legs on the ground out of sheer happiness. For the less superficial goal of being more healthy, I guess this just worked out as a matter of fact. I definitely feel better, though the nature of such a slow transformation makes direct comparisons kinda hard and, with one exception, I am unable to point to something concrete that feels easier now than half a year ago.

As mentioned in the beginning, nothing fundamentally changed in my training, with the exception that I am not in Wii Fit anymore. I started watching videos while jogging and it does wonders to my time perception. Not sure if analytical diatribes about narrative conventions in storytelling are the most appropriate videos to watch when low on oxygen, but here I am. Beyond the 30 minutes going by a lot faster, I am also confident that I gained a good amount of stamina over the months. Since I am not limited to the game anymore, I see little to no reason as to why I shouldn’t increase my time to 45 minutes. Again, I could also try running outside for a more accurate representation of how far I have actually come, but jogging outside is fascist and revolution is my duty as an upstanding and moral citizen, so I will most likely continue stomping this one spot on my carpet into the ground.

Something that I noticed only recently is the fact that it is not winter anymore. For anyone wondering what I am talking about: Seasons simply do not work as intended in Hamburg, Germany and we live in constant twilight of winter, summer and whatever the fuck happens in the month of april. What I want to say is that it is getting hot. Like, really hot. Like, I am already sweating more by simply existing, than training just a few months ago. This situation lead to me not wanting to do sports. The last few days, I tried going back into my regular training rhythm, failed and I would appreciate it being less hot. “Sport ist Mord” may break my bones but “Wir sind nicht aus Zucker” will never hurt me.

Even if I will probably slow down with the actual training (If I am able to pick it up again, that is), I want to at least keep up my discipline that brought me here. That is trying to stay active in one way or another and paying more attention to my diet and how much I eat. Incidentally, we got new plates that are smaller, so this will help. The main reason for why I want to keep it up is because it would be very easy for me to gain all the weight I lost again. Right now I am living healthy and I want to keep it that way. Also, while I would be glad to hold my current weight, I still want to get under 100Kg. Specifically get to 99Kg, so I can eat one kilogram of colored rocks and claim to be 1% colored rock.

I also want to “get back” into push-ups. Looking back to the time in school, push-ups were simply a part of it. “Liegestütze Meister” they called me. It is time to reclaim the throne. Also, I participated in the local Critical Mass again and I had no problems driving to the end, despite it lasting close to four hours. All things considered, actually taking the step into a healthier lifestyle is good and I want to keep it going so I can continue to go on. This may be the last post of this nature, but until then, have a good time. 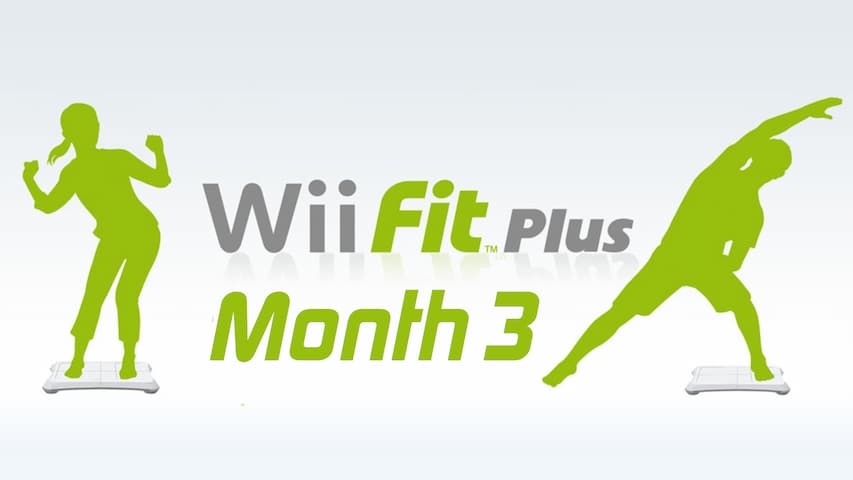 Getting fit with Wii Fit: Month 3 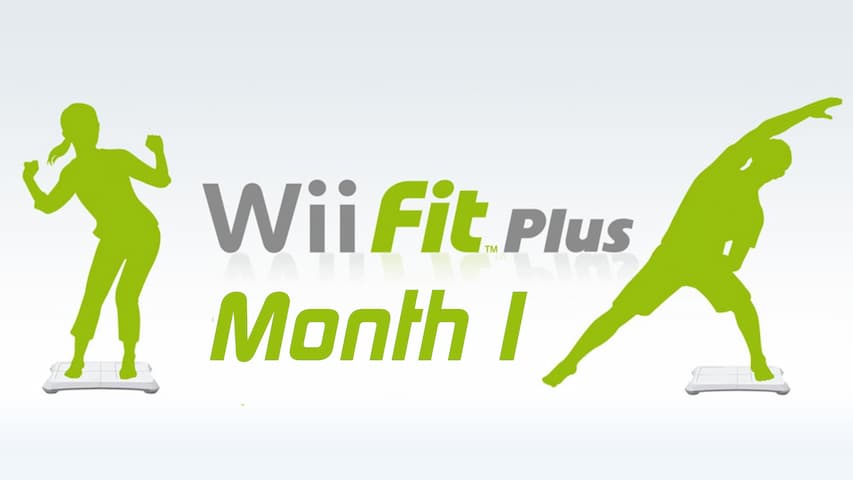 Getting fit with Wii Fit: Month 1

Ach ja, I finally had enough and actually decided to get into shape… and I plan to do so, by playing Wii Fit (Plus)! Okay&h... 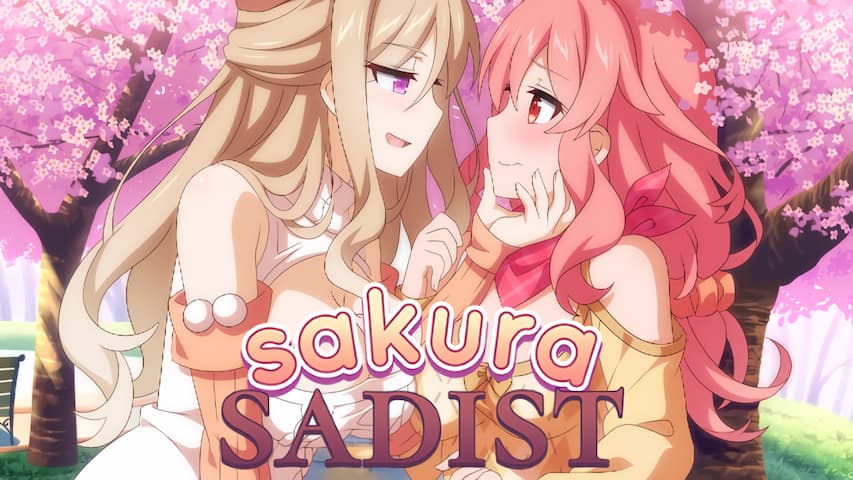 A (probably) way too harsh critique of Sakura Sadist

Ach ja, similar to Highschool Romance, Sakura Sadist is a visual novel I recorded with friends mostly for shits and giggles. Unlik...

Aria of a Starless Night: The best SAO has ever been

Getting fit with Wii Fit: Month 6