Ach ja, back at it again, this time without the whole “We don’t need to be coy”-preamble. Also, please appreciate the truly genius craft that went into this seasons logo.

One of the first things I immediately noticed upon starting the second season was the increase of fanservice, specifically the amount of scenes purely consisting of such and not just being part of the show. I didn’t remember those scenes and neither do I remember the episodes being 26:40 long, three more minutes than normal broadcast length. Turns out the Blu-ray and DVD version contain the Director’s Cut with three more minutes of additional content per episode. I have no factual basis to assume this on, but I guess I figured out where all the fanservice came from, especially since it is so weirdly placed in the episodes themselves.

Another detail I noticed was something I call the “New Season Phenomena”. Basically, it is the inclusion of completely new information at the start of a new season (or arc in this case), whose very inclusion is kind of immersion breaking and/or out of left field. The new season introduces a character named Aika Kiryuu, who is basically just a female Issei. I have absolutely nothing against her, she is a very fun character, it’s just… sure, she’s was definitely there the entire time, we have just never seen her the last 12 episodes, because reasons! It would have been funny seeing an equally perverted person getting away with all the same stuff, solely because she is a girl.

Same can be said about this one closed off room in the Occult Research Club building, that Issei just never asked about and several smaller details. It may be nitpicking, but can even the smallest bits of foreshadowing dampen this weird effect of breaking immersion. We are not overwhelmed by the introduction of Xenovia and Irina, since we know from the first season, that the church is involved in pretty much everything, even Kiba’s backstory, so it’s not that big a surprise when two angels come down to earth and cause trouble for the gang. It is not about pure logic, you can explain basically everything or just redcon the story if one must, but immersion, which in this case felt a bit off. Not that it matters in any way or form, but I am saying it could have been written better… that is, the anime about appreciation of the female form.

Anyway, just like the first season, the second one is split into two stories, starting with the one about Kiba’s past. Despite being more complex than the earlier story lines, it couldn’t quite grasp me with its plot alone. I appreciate the reoccurring characters and the introduction of Xenovia (Best Girl, I WILL fight you on that!), but did I not care most of the time. The additional world building is interesting, but does the first half rest mostly on the fun interaction of the characters. The appearance of Vali and Azazel’s reveal were both badass, though. DxD, even at its weaker moments, is still able to pull off some great scenes.

Another thing that gets more and more clear is the fact that the church is, like… very evil and god is literally dead (Not just the Nietzsche kind), something my 15-year old edgy atheist self ate up like it were nothing. DxD just goes out there and tells us to be sinful and enjoy the pleasures of life. Let’s go!

I also don’t know where else to put it, but I am almost certain Xenovia is based on Ciel from Tsukihime and considering Kiba’s Sword Birth is basically a poor mans Unlimited Blade Works, I will take it like this… also, her pulling out Durandal looked like the Gate of Babylon… I should stop seeing Fate references, where there are none, but they just keep popping up :D.

Between the two main story was a breather episode about cleaning the pool… obvious fanservice ensues, but there is actually more to it. Akeno, impressed by Issei’s… “ambitious display of willpower”, took an interest in him and begins to tease Issei in front of Rias. She does so half for progressing the relationship between Issei and Rias and for the other half of just maybe winning Issei over for herself. Quite cunning this woman and seeing Rias both timid and jealous was pretty cute, not gonna lie. Meanwhile, in a beautifully flawless feat of mental gymnastics, that would even impress the dumbest anti-vaxxer, Xenovia tries to bear Issei’s child and Asia and Koneko learn to swim, while Kiba is just vibing in the pool. This episode was fun.

It was also around that time, that the fellow gentleman to my right asked, when the “girl in the box” will appear. I want to make it clear, that it took all my power to not even chuckle a bit and just let the events unfold naturally before my very eyes a couple episodes later.

The second story starts with the fallout of the last confrontation and the parents and older sibling visiting the school. Of course we see some good ol' second hand embarrassment of the characters guardians being adorable idiots. Shout out to Rias' brother, wondering what would happen if Issei would use his power on her breasts… truly one of the greatest minds.

The main cast also gets extended by another character. To be honest, we should know better at this point in our life. So, we see this adorable and smol vampire, sitting in this Not-Amazon™ cardboard box. Got the fang, the cute voice, the dress and our hearts. Denial is a strong curse, leeching on our ability to think clearly. I remember reading Yuki’s character stories in PriConne and living ignorant until the very last possible moment. Anyway, Gasper gets referred to as a boy and looking at my right was more enjoyable than watching the anime itself. Not sure what my reaction was on my first viewing, but I did grew as a person in the meantime. I am not the only one that said, that Gasper being a boy only makes it better.

The actual plot of the second half was… barely there? We get a first glance at Akeno’s backstory, but beyond that. there isn’t a lot of stuff actually happening. The initial climax revolves around a group of magicians, lead by this one woman I completely forgot she even existed, trying to stop the peace talks between the three main factions, though this got dealt with rather quickly, since there were some of the most powerful characters involved.

In the meantime, Vali goes the “I just want to fight strong opponents” route, outing himself as the leader of the Khaos brigade and attacks everyone at present. Introducing the fight that burned itself into my 15-year old brain. While Issei’s power allow him to multiply and share power, Vali’s divides power and takes it. He uses his power on the entire space of the school and this is, like, bad, I think. Azazel, however, describes it to Issei like this: “If Vali continues, all the girls breasts will shrink in size”… and Issei fucking snaps. Like, he goes full Super Saiyan God Super Saiyan Ultra Instinct. All we hear is rapidly repeated “Boosto”, while the respective subtitles fill the entire lower screen. Issei proceeds to open the world’s biggest can of Whoop-ass and goes absolutely ape shit on Vali, that not even his several power-ups can save him. This was a brutal murder, all while Issei holds the most epic speech imaginable… weren’t it all for boobs. This is peak High School DxD right here.

While maybe not as rich with plot as the other parts, there is a lot of build-up in these episodes, whose fruits we will most likely be able to see in the third season and just like the first half, the additional world-building is appreciated. This is the moment, when, if not already, one can completely unironically say that they are starting to watch High School DxD for the plot, because this is getting interesting.

Nothing really changed on the production site of things. It still is generally pretty to look at, has some highlights in its animation and the use of music is still excellent. I recommend giving the first Ending a watch. It is so stupidly well animated and has a nice style to boot… it also contains a lot of boobage, so discretion is advised. For the more fashion-oriented scholars, the second ED is also to be recommended.

And that’s about it. I still enjoy High School DxD very much and doubt my opinion will change. Next season will introduce Rossweisse ^^. Until then, stay classy folks.

Side Note: Choosing a thumbnail was pain. I wanted one with Xenovia, but… let’s just say her eyecatches were a bit too risqué for this good christian blog :D 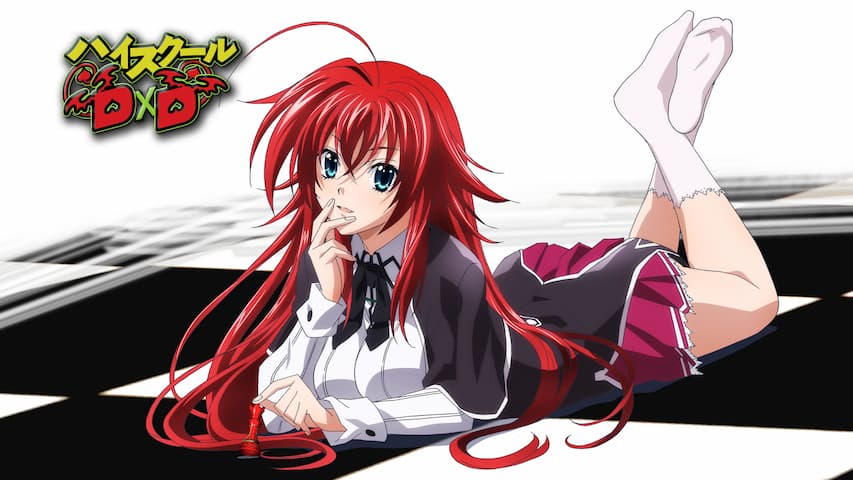 Ach ja, High School DxD is on of those anime whose place in my brain doesn’t need to be justified, but rather clarified. Its...

Ach ja, after rewatching the first three seasons for the first time after six years, it is finally time to get to the latest anime... 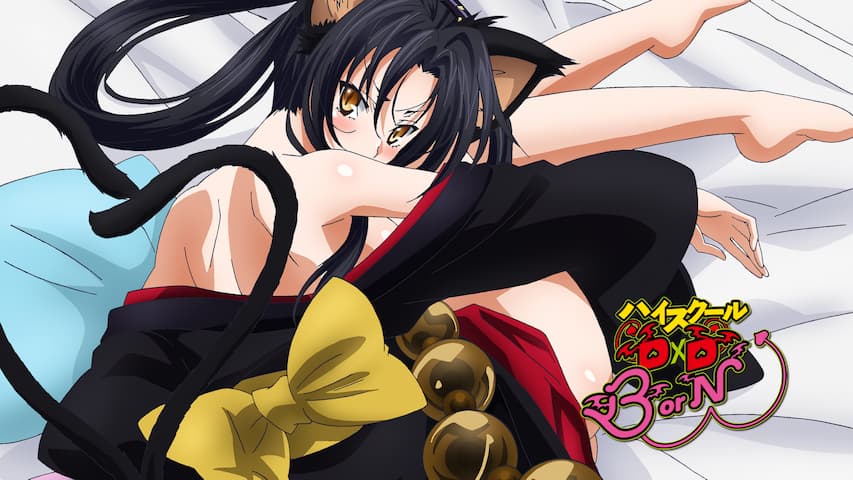 Ach ja, new season, but mostly more of the same. Logo design is still good. The plot thickens with the introduction of a large sca...